The recording studio, graphics studio and video production TdB Production opened in 2007. Luxury spaces close to the centre of Prague in a house that was built in the mid-19th century gave rise to a place with an unrepeatable atmosphere. We have a portfolio of hundreds of completed projects.

We are equipped with our own modern film and audio recording technology that meets all the world standards of professional work with both audio and video. This waives the price increase for third-party tech lending. We work with performers and producers from the US, England, Germany, Cuba, Italy, France, Russia, Kazakhstan, Chile, Afghanistan, Ukraine and many other countries. 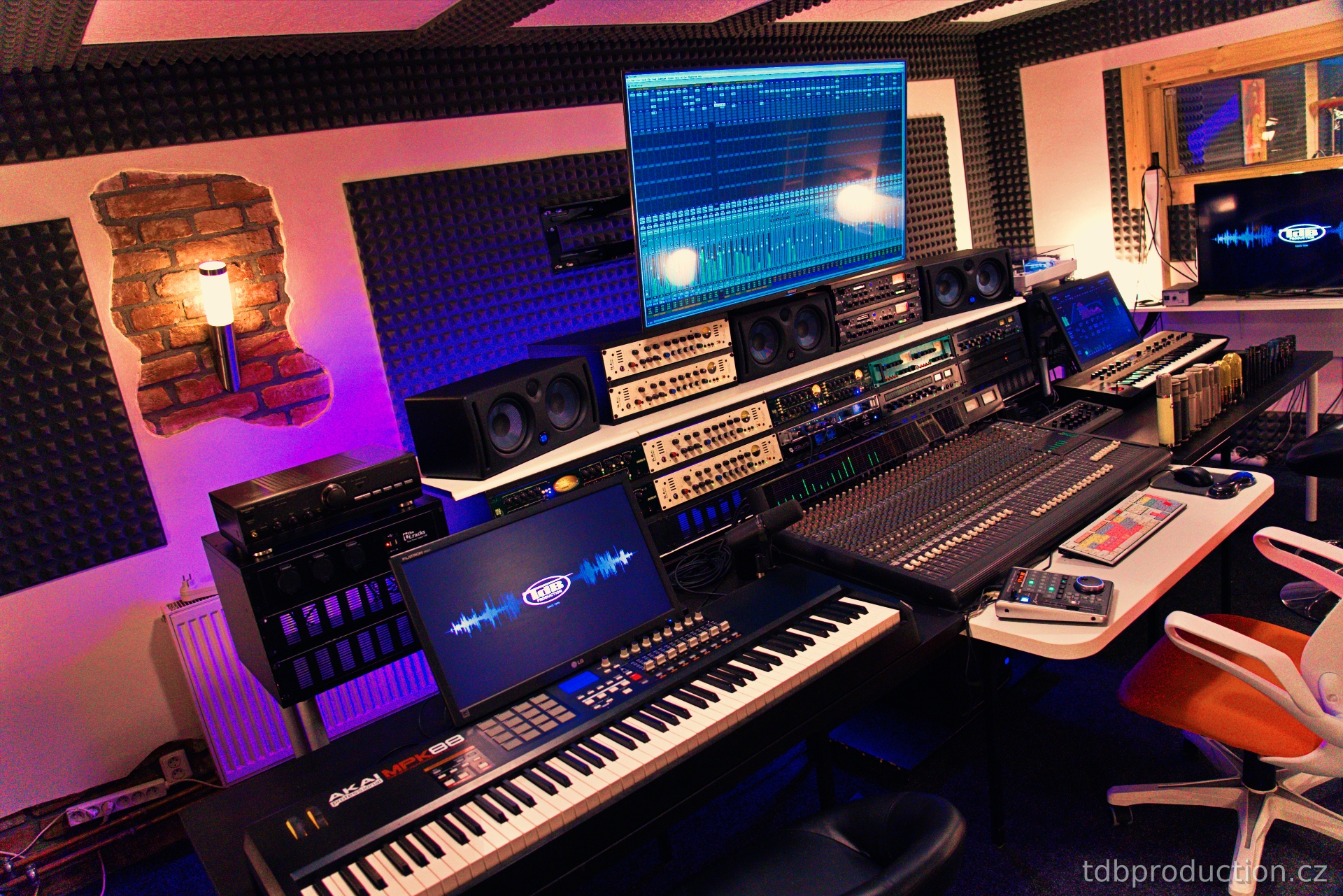 The recording studio TdB Production Praha offers multi-track recording of music with no difference in genres, mix, production and, of course, mastering. Thanpce to the size of the studio, we also record live.

Looking for an original beat and not content with a low-end recording downloaded somewhere online? We offer complete multi-track production as commissioned. We work with performers from all over the world, we learn new things, we constantly follow the news on the scene and we supplement our gear in the recording studio accordingly.

We will produce a complete music and music component. We compose music for films, theatre performances, musicals, fairy tales for children etc ... Anywhere, in short, where music and bustle accompaniment are needed. Our studio is equipped with ProTools software, which is the world's most used in film and music production.

We also specialize in producing and storing music for singers or interperers who use these services a lot. We also write tailored lyrics in Czech and English.

The recording studio TdB production Praha is fully equipped for the production and post-production of all spoken audio recording, film dubbing, voiceovers for commercials, navigation, audio guides, audio boopce, company videos etc... . Special microphones, soundproofed despce, monitors in all the rooms, are all set up for us to perfectly synchronize the actors with the image.

TdB production also offers video production services. Our films were produced in both the Czech Republic and, for example, Germany, Switzerland, Italy, France, Austria, Slovakia or Poland. The studio has its own studio. The video clips were broadcast on Oshko TV, MTV, VIVA, TIME, and many other national, regional or Internet networpce.

TdB Production also offers photographic, graphic and webdesing services, both for performers and for private entities and companies. We use top-of-the-line cameras, lenses and graphic editors to ensure output of professional quality.

We'll completely process CD covers, DVDs, posters, flyers and everything for a modern presentation of your band or company. Of course, a duplication of DVDs, CDs or Blue-ray carriers at great prices is provided. We will create not only your website, but also your social media profiles and video channels so that they correspond graphically with the visuals of your entire image, whether artistic or corporate.